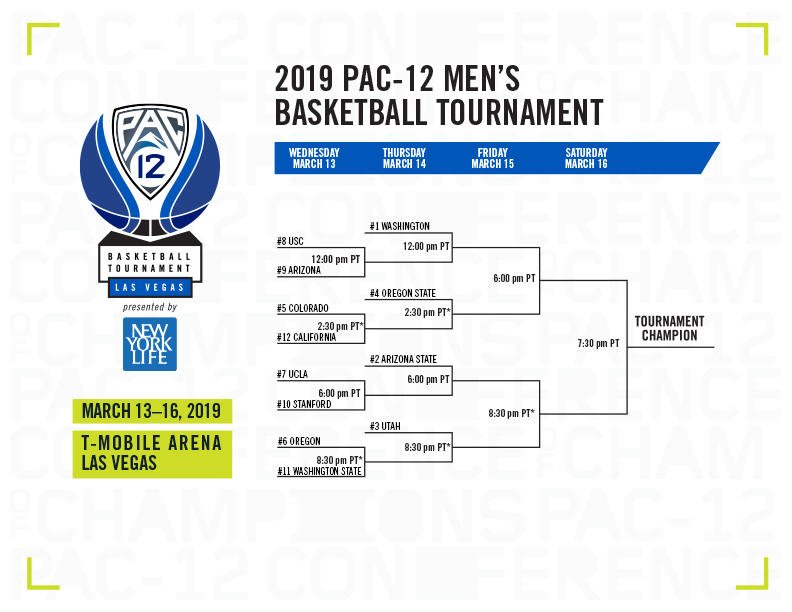 The Pac-12 is hilariously bad this year. Judging by average KenPom rating, the Pac-12 is about as far behind the ACC as they are ahead of the CAA. Think about that. The Pac-12 marks the midpoint between ACC and the CAA. That is insane. The conference is no longer a power six league (The AAC has passed them) and they are much closer to the MAC than the Big East, which isn’t having a great year. Honestly, this conference tournament could go in pretty much any direction. What I’m trying to say is, we have a lot of upset potential here, because frankly, the top of the conference isn’t good. I’ll take Colorado over Oregon State in the quarterfinals as my early round upset. Tyler Bey is one of the few really good players in this conference, and the Buffaloes finished the season winning eight of their final ten. On the other hand, Oregon State lost three of their final four. Both of these teams can’t shoot from deep, but I like Colorado’s ability to get to the line and I see them advancing to a semifinal matchup with Washington.

The Pac-12 has just two teams in the KenPom top 60: the outright regular-season champion – Washington, 47th – and the six-seed, Oregon, who comes in at 54th. The Ducks were one of the preseason favorites in the Pac-12 but have frankly been unlucky at many points this year, dealing with injuries to Bol Bol and Abu Kigab. They come into the tournament winners of four straight, and have a legitimately great defense, second in the conference only to Washington. The Ducks have no shot at an at-large, but watch out for them as a potential bid stealer.

For the reasons discussed in the darkhorse section, I’m taking Oregon over Arizona State and advancing them on to the title game. Arizona State is statistically speaking the worst team currently projected to get an at-large bid. Bobby Hurley’s team is 62nd in KenPom, and just got smacked around by Oregon 79-51 a couple days ago. In the other semi, I’m equally confident in Washington. Colorado struggles shooting the ball from three, and I like the ability of this Washington team to get ahead early and force the Buffaloes to play from behind, which they often struggle to do.

That sets up Oregon-Washington in the conference championship game. These two teams played twice this year, splitting the season series. Washington hosted the Ducks this past Saturday and actually dropped the home meeting, 55-47, and don’t let that score fool you, it was much less close than that. Oregon jumped out to a 24-8 lead in that one and never gave it back. Washington scored first and then never led again for the rest of the game. UW just got dominated at home, and it isn’t like they’ve been impressive recently outside of that, dropping a game to #248 Cal, edging out #113 Stanford by one, and then needing overtime to beat 80th ranked Oregon State at home over the past two weeks. Give me Oregon to steal a bid and make the bubble even tighter.