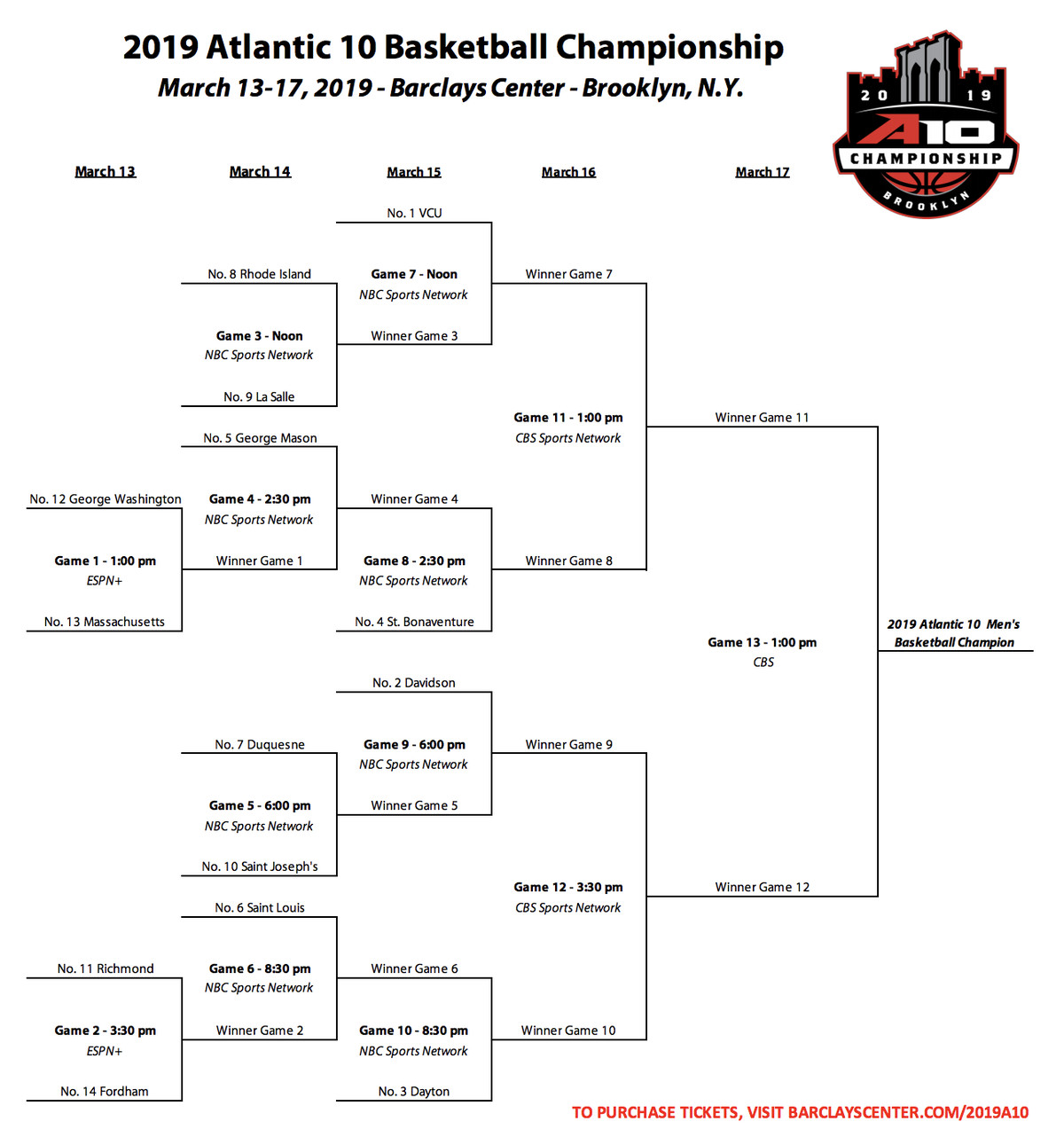 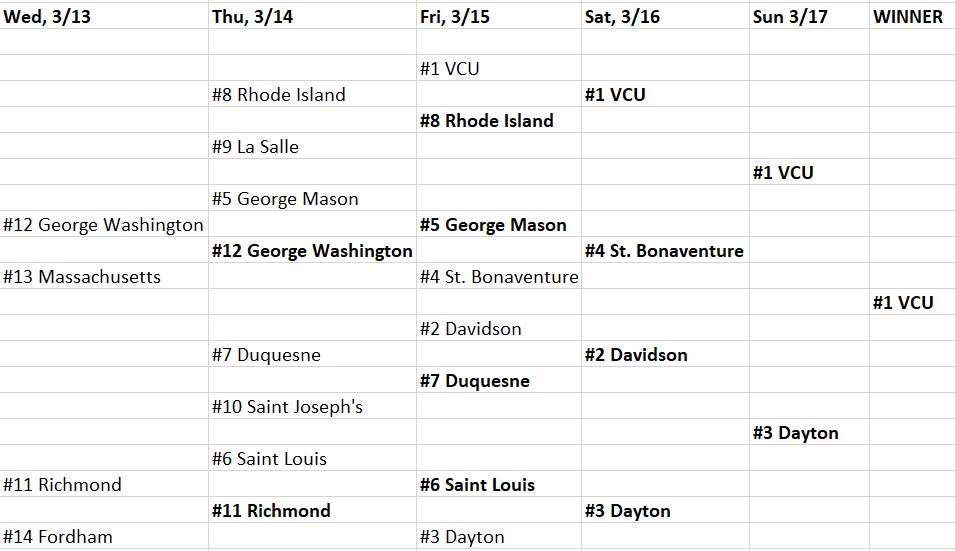 The A10 is likely to be a one-bid league this year for the first time in recent memory, that is, unless we get a bid thief. The conference ended up getting three teams in the field last year due to Davidson stealing a bid on Sunday afternoon, but I’ll go with the other big team in the conference that begins with the letters “Da” as my darkhorse bid stealer: the Dayton Flyers. Dayton ranks 58th in KenPom, they play at a really slow tempo but are one of the most efficient scoring teams in the NCAA, and they won @ Davidson (their likely semifinal opponent) the only time these two met this season. I like the way Dayton plays, and three of Davidson’s four conference losses came during the month of February. I like Dayton to sweep the season series and advance to the title game.

In the other semifinal, I’m going with VCU. The Rams have been head and above the competition throughout A10 play, finishing the regular season 16-2 against A10 teams. That brings us to a third VCU-Dayton showdown in the title game, with Dayton fighting for a bid and VCU fighting for seeding. VCU won both meetings during the regular season, but by a combined six points, they both could’ve gone either way. This is almost a coin flip level game, the Rams are clearly a better team, but Dayton will be fighting for a lot more to play for, a little reminiscent of the Wofford-UNC Greensboro game on Monday. At the end of the day, VCU’s awesome defense, by far the best unit in the conference, will win the day. The Rams force turnovers, guard the perimeter well and don’t allow buckets inside. They rank 5th (!!) in the entire country in adjusted defensive efficiency margin, and I think we avoid a bid thief.