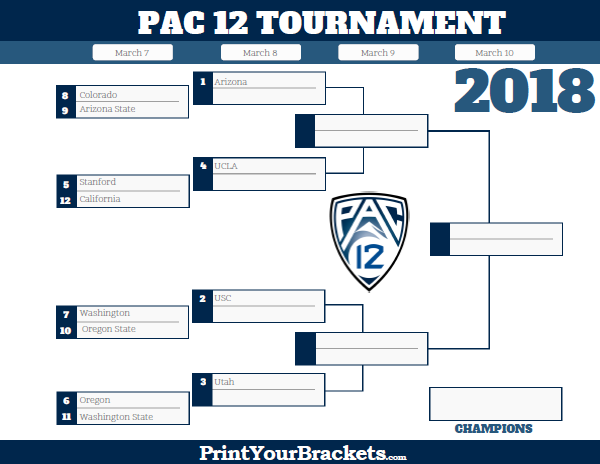 Honestly, the biggest surprise to me in this whole tournament is that Arizona wasn’t a bigger favorite. The Wildcats are of course dealing with the FBI scandal, but the computer doesn’t know that, and the Wildcats are already under 30% in terms of win probability. As a whole, the Pac-12 might be the most misseeded conference in the country, as the 10th-seeded Oregon State Beavers are only just behind the number five seed in champion probability. 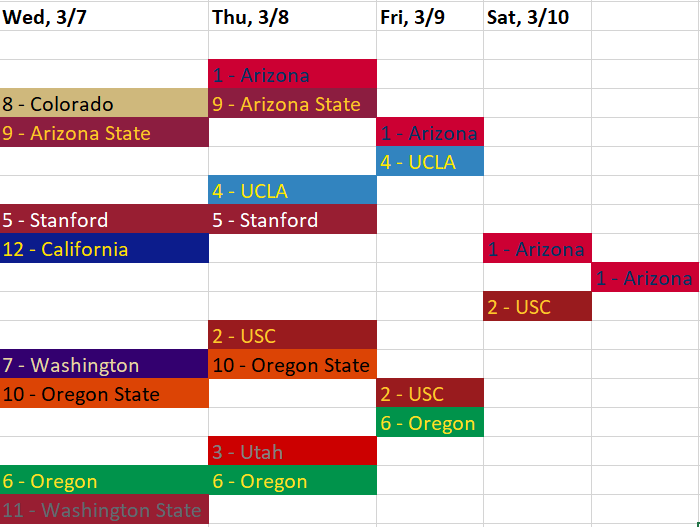 My early round upset for the Pac-12 tournament is Oregon State over Washington. I’ve been lower on Washington than most throughout the year, but they’ve only confirmed my suspicions as of late. They haven’t beaten a KenPom top-90 team since February 3rd, and since then, they’ve lost five games, all of which to sub-60 teams. Oregon State on the other hand, beat a KenPom top-40 team just over a week ago, and have lost just once to a sub-60 squad since February 3rd.

It might seem odd to call Oregon, who went to the Final Four last year, a darkhorse, but this Ducks team has had a meh season, and would probably need to win this tournament to earn their way back into the big dance. These guys have been sneaky good lately, winning three of their final four games of the regular season, against Arizona, Arizona State, and Washington. Assuming they get by Washington State on Wednesday, they’ll face a Utah team they only played once this year, back in December. As good as the Utes have been (winners of six of their final seven) they only faced a KenPom top-90 team twice in that stretch, both at home, going 1-1 in those games.

I talked about Oregon in my darkhorse category, and it is time to get into my other three semifinalists, starting with USC. The Trojans are the third highest-rated KenPom team in the conference, only behind Arizona and Arizona State. Their path to the semis would go through Washington or Oregon State, both sub-90 teams on KenPom, so the Trojans shouldn’t have any trouble. After that, I have them taking on my darkhorse team, Oregon, who they swept in the regular season.

Arizona is the top team in the conference, but to win the title, they’ll have to beat the #2, #3, and #4 teams in the conference in Arizona State, USC, and UCLA. Not exactly what I call a one seed draw, but I think this team can do it. Arizona is the most talented team in this conference, and they swept Arizona State in the regular season, and beat USC by double digits the only time they played, but UCLA is a different story. In fact, that first game on Friday should be the biggest game of the tournament, as when the two teams played in early February, UCLA went on the road and beat the Wildcats. Arizona will have the best two players in the conference, and probably the best coach, so I’ll pick them to win the tournament, but I wouldn’t be surprised if we are looking at a UCLA-USC final, as both teams want to not leave any doubt in the eyes of the committee. No matter what happens, this might be top to bottom the most unpredictable of the seven power conference tournaments, at least in my view.