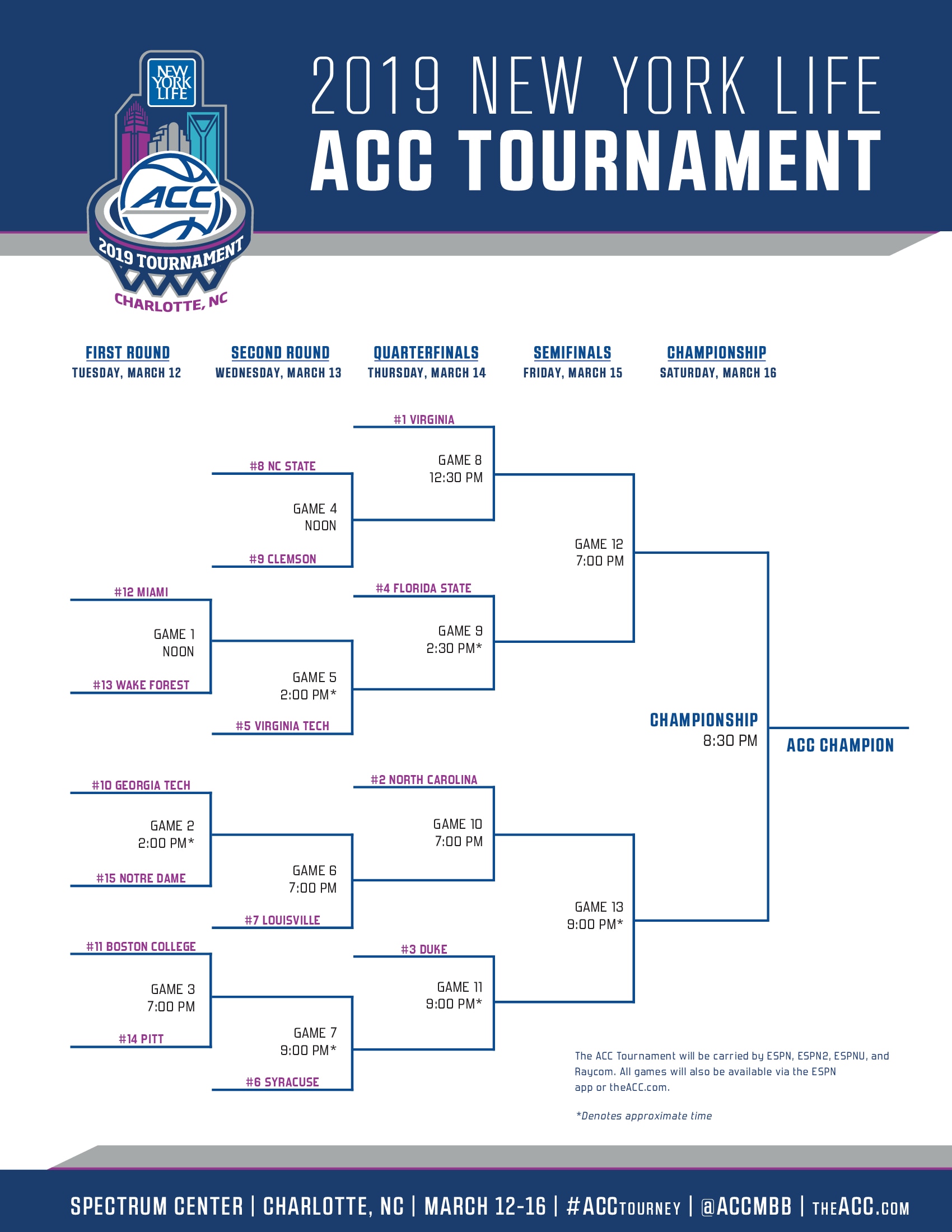 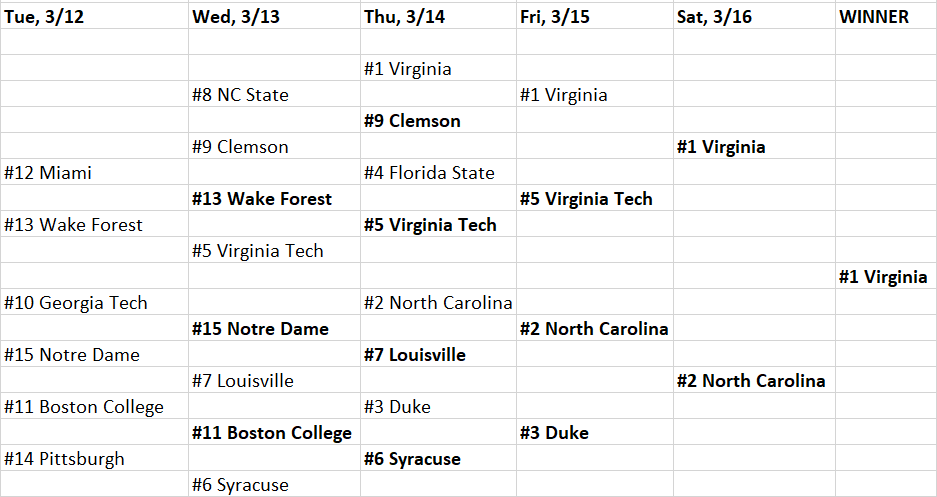 The ACC is really good top to bottom this year, and I’ve got two upsets on day one: Notre Dame over Georgia Tech and Wake Forest over Miami, but for my featured early round upset we’ll head to day two in the 8-9 game. For diehard college basketball fans like me “Champ Week” starts from the first MVC or Big South noon game, but for most college basketball fans, that 8-9 ACC game on Wednesday is when things always start to pick up, because it’s almost always a game with huge bubble implications, and that remains the case here. Both Clemson and NC State sit squarely on the bubble (in my last four in) heading into postseason play. This a big one for both, but I definitely think Clemson needs it more. The Tigers are 35th in the NET and currently sit as my very last team in. I like Clemson in this spot, they’ve won four of five, the only loss coming by two to the #2 in the conference, North Carolina. The two teams played back in January, a 69-67 NC State win in Raleigh, but this is a better Clemson team now and with the neutral court environment I see the Tigers improving their chances at a bid with a win here. The offense is sometimes hit or miss for UC, and they really struggle with turnovers, but the defense is extraordinary, and they are great on the defensive glass. I’ve been lower than most on NC State all year, and the Wolfpack faced the second easiest schedule in the conference so could be a little overseeded here. I’ll take Brad Brownell and Clemson.

I like Virginia Tech as my darkhorse pick. The Hokies would have to win four games in four days to do it, something that has only been done once in the history of the ACC Tournament (Duke in 2017), but this VT team is really good. The defense has been on the upswing in recent weeks and the offense has been great all season. Buzz Williams’ team is the #8 shooting team in the nation and I like that in a tournament environment, they shoot 40% from three (seventh in the NCAA) and do a great job of forcing turnovers on the defensive end. The Hokies already hold wins over Purdue and Duke this year, and they were quite close to also beating Virginia and Florida State in recent weeks. Speaking of the Seminoles, that will be VT’s game Thursday morning with a win on Wednesday, the two teams just went to overtime in Tallahassee, but VT had an uncharacteristically bad shooting night on that day and they get this one on a neutral court, so I’ll pick them to avenge that loss and advance to Friday’s semifinals to face a Virginia team they’ve already taken to the limit once.

I have an awesome Friday Night lined up in the ACC, with Virginia-Virginia Tech III and Duke-North Carolina III. Both rivalries were swept by their respective higher seeds, Virginia and North Carolina, so there is a huge revenge factor at play here. First up, I’ve got Virginia over VT in the early game, meaning the Cavaliers sweep the season series. To me, it is undeniable that since Zion Williamson’s injury Virginia has been the best team in the country. The Wahoos are winners of eight straight including four wins over KenPom top 20 teams, three of which were on the road. I’m not counting out a Virginia Tech win, the Hokies shot just 11% from three in the second meeting this year and still only lost by six, but I can tell from experience of going to the ACC Tournament every year that this Virginia crowd travels, and I think the Cavaliers win in a tight, low scoring game.

Then we move on to what may be the most interesting potential matchup of championship week, Duke vs Carolina III. UNC swept the season series by a combined 25 points, but Zion Williamson played for a total of like 30 seconds between those games. Zion is “likely” for the tournament, far from a guarantee that he’ll play, but even if he does, how will he fit back into the lineup after missing three weeks, and will he be at 100%? I am far from sure, and this is maybe the toughest game to call of the entire weekend, but there are just too many question marks with Duke right now even if they are the most talented team in the field. I won’t deviate from what we’ve seen in the first two meetings, and even if Zion is magically healed and fits perfectly back into the lineup, I like Carolina’s ability to attack inside with Luke Maye, and I see us getting a Carolina-Virginia ACC title game for back to back seasons (and three of the past four years).

Virginia and North Carolina played just once this season, it will have been played over a month ago by the time of the ACC title game. That one was a 69-61 Cavalier win in Chapel Hill. Neither team has lost since that game, and we should get an awesome atmosphere in Charlotte should this be the matchup. The first game was back and forth, and Carolina led by seven at the under eight, but Virginia eventually pulled away thanks to a terrific 55% shooting night from deep. It should also be mentioned that Nas Little went down early in that game with an injury, the freshman sixth man is back to full strength and put up nine and four against Duke on Saturday. I feel like Virginia is going to be a popular pick here, but it really isn’t that cut and dry to me. UNC might need this for a one seed depending on how things go elsewhere (they probably won’t) but Virginia will likely be playing for the #1 overall. I could very well see an overtime game here, these teams are so evenly matched and both come in hot, but at the end of the day, I like Virginia’s ability to slow things down to their tempo. The first game they played this year had just 60 possessions, for context, the next lowest UNC had all season was 69, and they average around 80. UNC seems to always fall into the tempo trap against Virginia, and De’Andre Hunter is the best player on the floor. He put up 20 and five in the first game and I see him repeating that performance here and leading UVA to their third ACC Tournament Championship in six years to go along with their four ACC 1st place finishes in that span.