Hello football fans! With my Bracketology and Conference Tourney Previews to work on, and then of course, my actual tournament bracket, I haven’t had enough time to do a full prospect breakdown recently, but with as much college football as I’ve watched, I felt like I should do something Draft-related this week, so here is what I came up with – a 64 man NFL Draft Prospect Bracket, completely March Madness style.

I did not do the seedings. Obviously, if I did the entire bracket would be straight up chalk, so I pulled the top 64 prospects from drafttek.com (it was the first thing when I googled a draft board without position weights). I then took each seed line (#1-4 for the one seeds, 5-8 for the two seeds, etc..) and put each player in the region closest to their school, the top-ranked prospect on each seed line would get the first pick of the region, and so on. Then, I took whichever player I thought was better and advanced them. 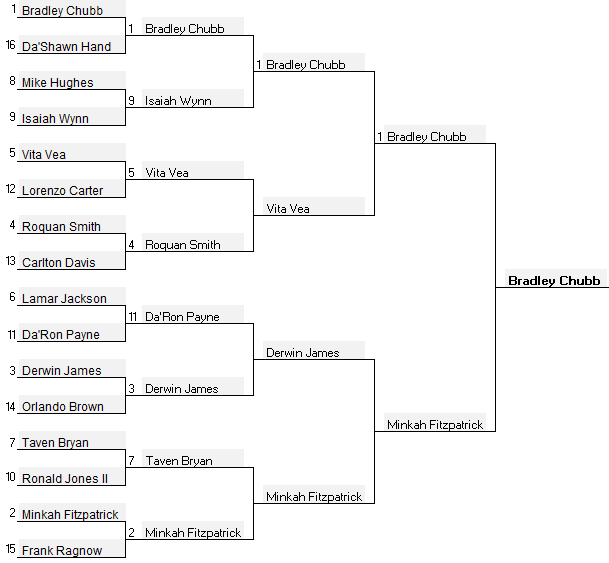 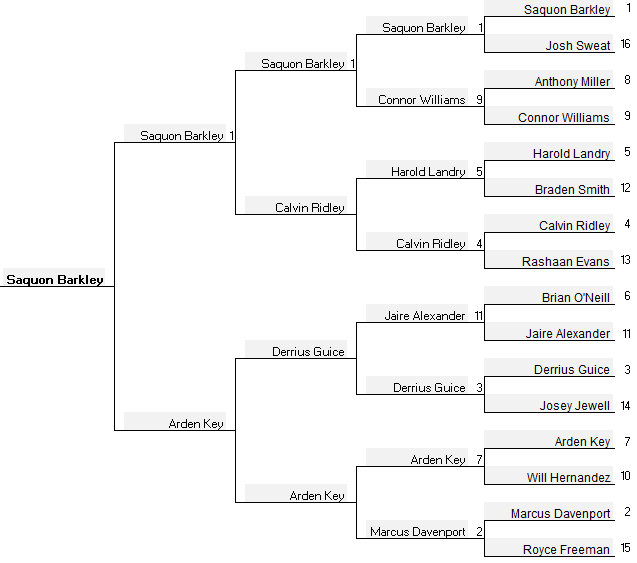 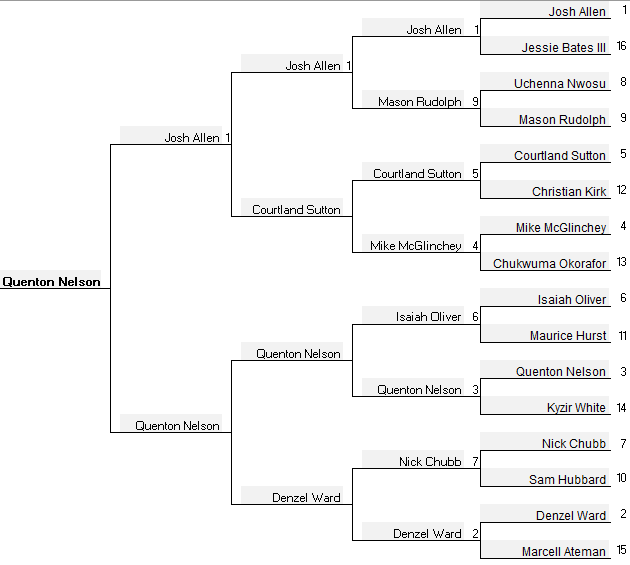 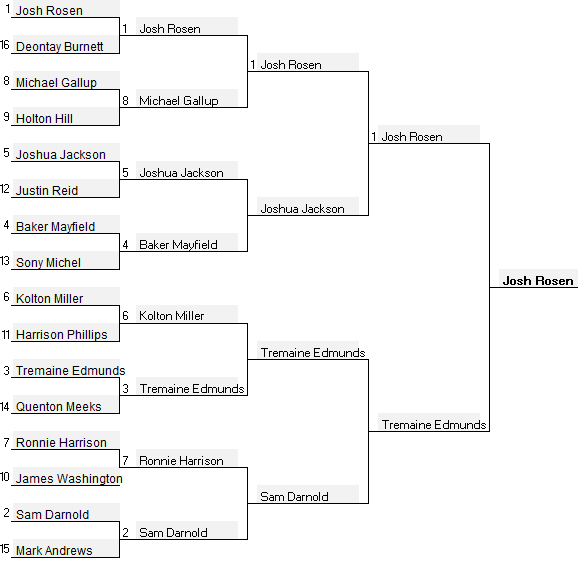 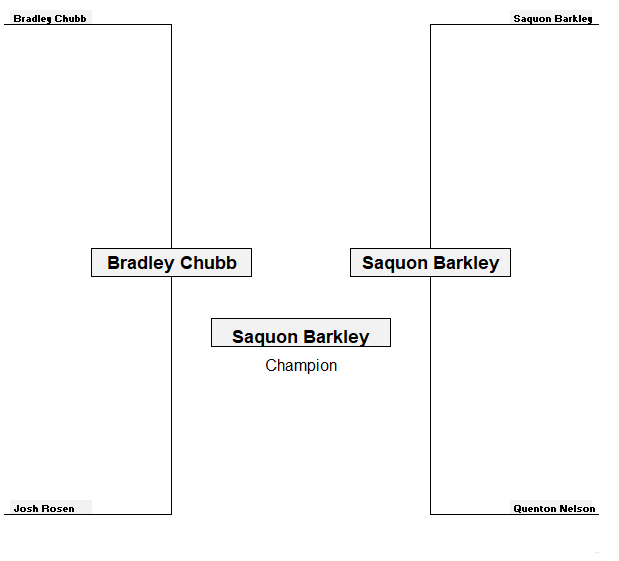