The top two seeds in this tournament both have a good chance at getting into the tournament as an at-large team. Wichita State will probably make the tournament even with a loss in this tournament, and Illinois State is currently in the last four in, so they will probably need to at least make the finals to reach the big dance. The other eight are fighting for the Missouri Valley’s autobid, as that will be their only chance to keep their season going. Let Arch madness begin from St. Louis.

In the first round games, I’ve got Evansville and Bradley. It doesn’t really matter because both of them are going to get killed in the quarterfinals, but the Evansville-Indiana State should be really good. The two games between them this year ended in an overtime thriller and a 2 point win. In the quarterfinals I see Wichita State cruising over Bradley, and Illinois State beating 8 seeded Evansville. The other two semis are Southern Illinois vs Loyola and Northern Iowa vs Missouri State. Both of those games should be quality arch madness, and I see both games ending in upsets. 5th seeded Loyola probably has the best chance to upset one of the top two seeds. The Ramblers are the best shooting team in the conference, and I see them moving on to the semifinals. Northern Iowa somehow snuck into the three seed despite a .500 record in the conference. Truth be told, UNI is not that good, and Missouri State is very underrated. Alize Johnson is averaging a double double, and he will lead the Bears to a semifinal appearance.

So, after the two upsets in the semis we’ve got (1) Illinois State vs (5) Loyola and (2) Wichita State vs (6) Missouri State. I see Wichita State pulling away from Missouri State in the second half and securing the Shockers trip to the Missouri Valley Conference Finals. The other semifinal is where things get really interesting. I said earlier that Loyola was the team with the best chance to upset one of the top two seeds. Their offense is their strength, and Illinois State is one of the best defensive teams in the league. This one is going to come down to the wire, the last meeting between these two teams came down to the wire and ended in a two point win for Illinois State. With both teams’ season ending with a loss, this will be a bitter fight to the end, but the Redbirds will survive. 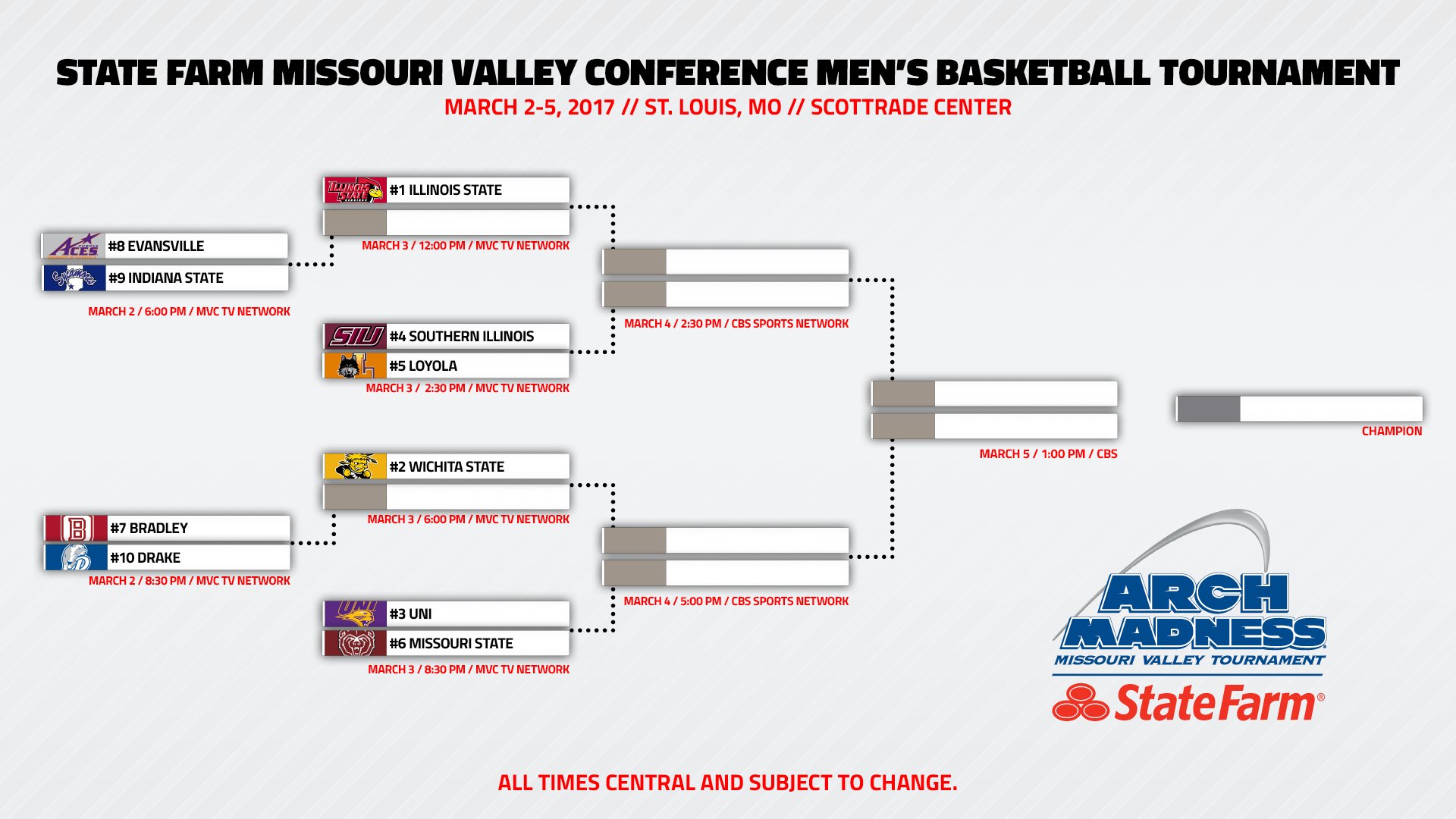